Both Úbeda and Baeza have witnessed the birth of some of the most illustrious characters in our history. In addition, some historical personalities decided, at some point in their lives, to put their place of residence in one of these two Renaissance cities.

Son of Diego de los Cobos de la Tovilla, mayor of Úbeda, and Catalina de Molina y Arquellada, Francisco de los Cobos was born into a noble family but with numerous financial problems. However, he became one of the most influential and wealthy personalities of his time when he served as Secretary of State to Emperor Charles I and V of Germany and as Commander of Castile. To him we owe most of the monuments that we find in Úbeda, since they were built under his mandate, such as the Sacred Funerary Chapel of El Salvador, which was built to be a family pantheon.

He was King of Spain under the name of Carlos I (1516-1556) and during his tenure he united the crowns of Castile, Aragon and Navarre, and Emperor of the Holy Roman Empire as Carlos V (1520-1558). This is because he was the son of Juana I of Castile (daughter of the Catholic Monarchs) and Felipe el Hermoso (son of Maximilian I of Austria and María of Burgundy). In this way he inherited Castile, Navarre, the Canary Islands, the Indies, Naples, Sicily and Aragon.

During his tenure, he visited Úbeda on several occasions, this was mainly due to the fact that his Secretary of State, Francisco de los Cobos, lived in that city. As a souvenir of one of his visits, a marble tombstone was made, which is located in the Clock Tower of the Plaza de Andalucía, which says that “in front of this ancient image of Our Lady of Los Remedios, the Emperor Don Carlos V in November 17, 1526, and King Felipe II on June 3, 1570, when visiting our city, swore to keep their privileges and privileges (…) “.

Nephew of Francisco de los Cobos, he was also Secretary of Carlos I and V of Germany in relation to the affairs of the Crown of Castile and Flanders. After the death of his uncle Francisco, he would become Secretary of State to the Emperor. Like him, he was also one of the most influential people in Spain.

In the middle of the 16th century, he ordered the construction of one of the most beautiful palaces in Úbeda that bears his name, the Palacio Vázquez de Molina or popularly known as Las Cadenas.

Francisco de los Cobos, was Regidor de Úbeda, Gentleman of the House of his Majesty and Cavalry Captain who fought against the Moors in Granada. He resided in the Palace that bears his name, which was built by Andrés de Vandelvira.

Architect and sculptor who studied the works of Michelangelo in Italy. He participated in some of the most important buildings in Úbeda and Baeza. The design of the chapel of the Sacra Capilla Funeraria del Salvador and that of the Hospital de Santiago de Úbeda, the façade of the Palacio Juan Vázquez de Molina de Úbeda and the gates of the city of Baeza called Córdoba and Úbeda, as well as the chapel of San Francisco de Baeza and the cathedral of Jaén.

Son and disciple of Pedro de Vandelvira, he was one of the most famous stonemasons and Spanish Renaissance architects. Inventor of the vaulted vault and other architectural solutions, most of his work focused on the province of Jaén, under the patronage of the Molina family.

Among his works, it is worth highlighting the side facades and the Sacristy of the Sacra Capilla del Salvador de Úbeda, the Benavides chapel in the San Francisco de Baeza convent or the Hospital de Santiago de Úbeda. Likewise, most of the palaces in Úbeda were designed and built by him, such as that of Vázquez de Molina, that of Vela de los Cobos or the Palace of Deán Ortega.

Like Andrés de Vandelvira, he was one of the first Renaissance artists in Spain. He was not only an architect, but also a sculptor, especially in his first phase. His work is very characteristic, since he perfectly combines the Italian Renaissance style (which he had studied during a visit to Naples), with the influences of the Spanish Gothic style and Arabic art.

His professional career is located, above all, in Granada where he participated in his cathedral, as well as in other important buildings such as the Monastery of San Jerónimo. As for Úbeda, he participated in the work of the Sacra Capilla del Salvador.

Forging artist, in Úbeda he made the plateresque grille of the Sacra Capilla del Salvador and the grilles of the chapels of the Collegiate Church of Santa María de los Reales Alcázares. He also worked in the one of the Royal Chapel of Granada.

Son of the well-known painter Pedro Berruguete, he is one of the references of the Spanish Renaissance imagery. This is because he studied the work of Renaissance artists in Italy. The work that he captured in Úbeda was the Transfiguration of Christ located in the altarpiece of the Sacred Funerary Chapel of the Savior.

A painter, but above all a sculptor, he was a disciple of Mariano Benlliure. Trained not only in Spain, but also in the Italian school, he was one of the most important imageiners of Andalusian Holy Week, the reflection of him is especially noticeable in those of Malaga and Úbeda. His work stands out for a baroque aesthetic, characterized by a fundamentally religious theme, in which the taste for bodily and sensitive beauty predominates.

In Úbeda, Palma Burgos made some of the sculptural ensembles and processional thrones of different Brotherhoods such as the images of the Holy Burial (located in the Collegiate Church of Santa María de los Reales Alcázares), the Lord of the Column (Church of San Isidoro) and the throne of Jesus Nazareno or the Christ of the Expiration.

His artistic career focuses, above all, in Andalusia, and especially in his native town, Baeza. There they stand out the design of the well-known Fountain of Santa María and for participating in several works of the Baezana Cathedral.

Jesuit architect, mathematician, writer and theologian, he studied with Juan de Herrera, architect of the El Escorial Monastery. In Baeza, he designed the Cathedral for the Society of Jesus. In the literary field, his best known work was the triple volume on the Temple of Solomon, which he wrote together with the Jesuit from Baezano Jerónimo de Prado and which consists of a solid treatise on architecture.

One of the most recognized Spanish poets of all time. He was a member of the Generation of ’98 and his work is located within the literary movement of Modernism.

His association with Baeza dates from 1912 to 1919, years in which he taught French Grammar at the Instituto de Bachillerato located at the Old University. While in the Baezana town he published Campos de Castilla in 1912, a work in which the author separates himself from the modernist features of his previous writings and approaches the patriotic concerns of the authors of the Generation of ’98. He also begins the writing of The complementary ones, a notebook that will be edited after his death. In addition, in 1917, an anthology of his poetic work and the first edition of his Complete Poems came to light. In this same year, he met Federico García Lorca in Baeza, with whom he had a great friendship.

Without any doubt, he is one of the most famous artists from Úbeda. Singer-songwriter and poet, his professional career has been full of many successes. He has published fourteen studio records, four live records and three compilations. In addition, he has collaborated with some of the most important artists of the music world as Joan Manuel Serrat, Rocío Dúrcal or Fito Páez. He also composes songs for other artists as Ana Belén or Miguel Ríos, among others. In his literary facet, he has published nine books with compilations of songs’ lyrics or poems.

The success of the music of Sabina lies in the lyrics of his songs and his husky voice, without any doubt. After suffering a minor brain attack in 2001, he leaves the stages for several years. His last records published are Dímelo en la calle (2002), Alivio de luto (2005) and Vinagre y rosas (2009), which has sold 200 thousand copies in just one month after its release, and giving the artist three platinum records.

Writer. He is considered one of the literary authors of Spain whose books are the most widely read. Moreover, he held the work of director at the Instituto Cervantes in New York (Cervantes Institute). He started writing really early, concretely when he was 16. His first text is a theatre piece entitled La Academia (The Academy), which was censored due to the existentialist and protesting hints.

His studies go from the Journalism until the Geography and History. In Granada, where he lived for more than 20 years, he wrote his first stories, articles and novels. During this period Beatus Ille came out. After this one, many other were published as El Robinson Urbano, Beatus Ille y Arturo, El invierno en Lisboa, Beltenebros y Elena, and a lot more besides.

In 1991 he wone the Planeta Award for El jinete polaco. In 1993 he moved to the United States to teach at the University of Virginia and, in 2004, he was appointed director of the Instituto Cervantes in New York. His last novel is entitled La noche de los tiempos. At the same time, he has been writing articles for different newspapers.

Without any doubt, the work of Antonio Muñoz Molina has been characterized by the episodes of his life in Úbeda because, in most of his stories, many places of this city can be identified easily.

Trained in the Matadero of Úbeda, he wore for the first time the bullfighter’s costume in 1964 in the bullring of Úbeda, getting two bull ears as prize. After this bull festival, he participated in many bullfights, even in a novillada (bullfight with young bulls and novice bullfighters) with picadors. But it will be in Las Ventas when he was with Paco Camino and Francisco Rivera “Paquirri”, godfather and witness of the ceremony respectively. About his bullfighting, his natural pass, his front bullfighting and the luck he had in order to kill the bull.

Brother of Juan Vázquez de Molina and nephew of Francisco de los Cobos, he was born in a distinguished family of Úbeda. He studied jurisprudence and theology at the University of Salamanca. After finishing his studies, he became prior of Marmolejo (Jaénn), deacon of Coria (Sevilla), member of the Chancery of Valladolid and the Council of the Inquisition. Afterwards, he was bishop of Ávila and of Jaén. He was patron of the Hospital of Santiago in Úbeda, place where he is buried, and of the Church of Saint Nicholas in Úbeda.

Bishop of Jaén between 1500 and 1520, he was known as the Bishop constructor due to the many works he ordered and paid. At the province of Jaén, he was patron of the Bridge of the Bishop (Puente de Obispo) upon the Guadalquivir river (between Begíjar and Baeza), the Main Chapel of the Cathedral of Jaén, the main façade of the Church of Saint Paul of Úbeda and the Parish Church of Saint Andrew in Baeza.

Even if his original name was Juan de Yepez Álvarez, he changed it when he entered in the Carmelite Order. Apart from being a religious person, he is also known thanks of his literary facet since he was one of the most important mystic poets of the Spanish Renaissance. He was a reformer of the Order of the Carmelite and cofounder of the Order of the discalced Carmelite with Saint Theresa of Jesus. After suffering a long illness, he died in the Convent of Úbeda. His relics are placed between Segovia and Úbeda. 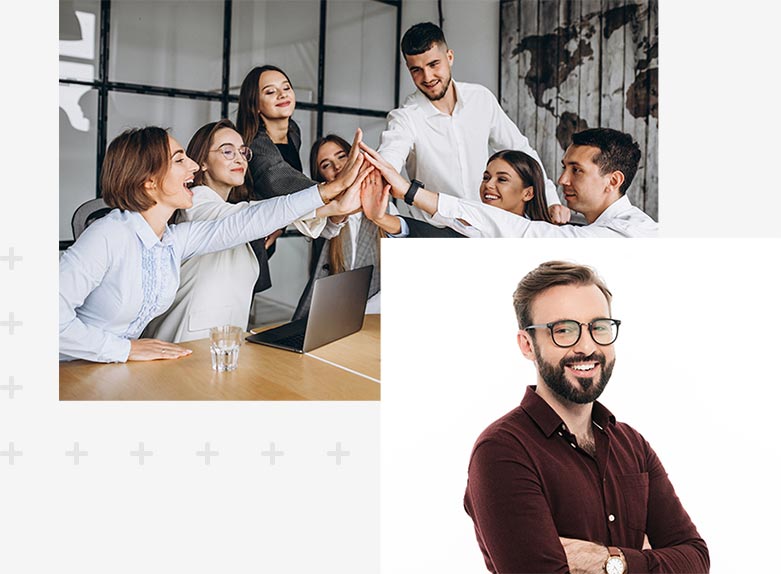